One pharmacist can make a difference. All the proof you need exists at the 100-bed hospital Gerald Champion Regional Medical Center (GCRMC) in Alamogordo, New Mexico.

That’s where clinical staff pharmacist Megan Harrington, PharmD, has spent a year building her department’s reputation as a necessary, strategic partner in her hospital’s operations.

3 Steps to Improving Pharmacy Relationships Outside of the Pharmacy

Today’s GCRMC’s pharmacy team of five pharmacists and 12 technicians plays a direct role in everything from the hospital’s budget to staffing to patient care. How she went about doing this is a study in the importance of developing relationships outside pharmacy walls.

Step 1: Get out of the pharmacy 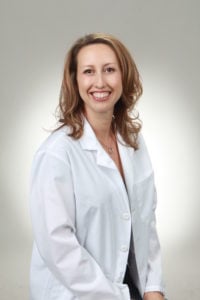 The first step Harrington took in building her pharmacy’s reputation within the hospital required her to step away from her email, computer and telephone. She made it a point to get out of the pharmacy and talk to other staff.

“Hospital pharmacists in general struggle with getting out of the pharmacy and talking face to face with other staff. It’s simple but it’s not easy to leave your four walls,” says Harrington. “But getting out and chatting with people helped them put a name with the voice on the phone or on the email.”

When the time came for Harrington to ask to be directly involved in patient care and relevant committees, the hospital’s doctors, nurses and administrators already knew her and that she was eager to work together.

“It really helped the other staff understand that pharmacy could be more than the place to get meds,” says Harrington.

Harrington began her information campaign during the hospital’s Pharmacy and Therapeutics Committee meetings. As this multidisciplinary team evaluated their formulary, she made it a point to explain the challenges pharmacy faced regarding drug shortages and rising costs, and concerns about safety policies, protocol standardization and more.

She also gained a reputation for listening to the concerns of doctors, nurses and finance representatives and was eventually asked to join the Medical Executive, Quality, Critical Care and Medical Utilization Committees.

“Medication plays a role in all areas of patient care so it’s important that pharmacy have a voice in creating or changing policies, protocols, and guidelines,” says Harrington. “Pharmacy is essential to delivering quality patient care.”

Harrington next lobbied for pharmacy staff to begin participating in patient education. The pharmacy staff launched a patient counseling program, which meant they get to interact with patients, doctors and nurses daily.

Now, a pharmacist also participates in the hospital’s multidisciplinary morning rounds each day.

“Being involved in rounds and medication counseling is a daily reminder to other staff that pharmacy can be a real contributor to well-rounded patient care,” says Harrington. “We may notice that an antibiotic needs to change or that a blood thinner needs to be added. It also keeps us top of mind when they’ve got questions about pain management or are interested in learning more about a new drug.”

Another sign that their team’s efforts are working: The hospital’s HCAHPS scores began trending up after pharmacy got involved in patient education, something that continues to improve as pharmacists conduct more patient counseling.

Each year, Harrington works with the CompleteRx clinical team to select a group of performance improvement projects to focus on. Recently, the team revamped all the crash carts at GCRMC, updating the contents to match the most recent guidelines and saved the hospital $5 a tray or $5,000 total in the process.

Being on the right committees helped Megan push to get that project approved.

“Hospitals are such busy, complex places that your initiatives will get lost in the shuffle if you aren’t in a place to make things happen as needed and follow through on the process,” says Harrington.

Getting to know hospital staff throughout the building allows Harrington to protect her pharmacy’s reputation when issues arise. For example, rather than letting staff assume that a drug was short because pharmacy forgot to order it, she was able to explain national shortages and the actions she and her fellow pharmacists were taking to address such ongoing frustrations.